Hallie Seline is a Montreal/Toronto-based actor with her home-base in Toronto. After graduating from the Professional Acting program at Sheridan College and the Theatre and Drama Studies Specialist joint program from the University of Toronto, Hallie has since been busy growing roots in Toronto. She is one of the founding members of The Howland Company, one of Toronto’s most exciting independent theatre ensembles, past RBC Emerging Company in Residence at Canadian Stage, and best known for their acclaimed sold-out productions like Casimir and Caroline, The Wolves, Punk Rock and 52 Pick-Up. She is a Dora Mavor Moore Award-nominated actor (Punk Rock) and the recipient of the 2018/19 Toronto Theatre Critics Association Award for Best Ensemble (The Wolves).

Most recently she kicked off 2020 as Caroline in The Howland Company’s North American premiere of CASIMIR AND CAROLINE by Ödön von Horváth at Crow’s Theatre, after a busy 2019 flexing her classical theatre muscles as Rosalind in As You Like It, with Shakespeare BASH’d, Toronto’s Best Site-Specific Theatre Company (NOW Magazine), and spending the summer acting in Marie Beath Badian’s Prairie Nurse as Patsy at the Lighthouse Theatre Festival, directed by Audrey Dwyer. She is looking forward to making her debut at the Blyth Festival as the lead in Alice Munro’s How I Met My Husband, and as twin sisters Dee Dee and Mia in Sophia Fabiilli’s Liars at a Funeral.

Among the many other hats she likes to wear, from marketing, publicity, producing and sound designing, she is also the Co-Founder and Editor in Chief of inthegreenroom.ca, a theatre/arts website dedicated to be a “space for artists to connect off stage”.

Toronto Theatre Critics Association Award: Hallie is thrilled and honoured to have won the 2019 Toronto Theatre Critics Association Award for “Best Ensemble” as part of the cast of THE WOLVES (The Howland Company and Crow’s Theatre).
“Best Ensemble Performance in a Play went to the young, ferocious, soccer ball-wielding cast of The Wolves […] in one of the very rare instances of unanimity among the voters.” Read the full announcement in NOW Magazine and The Toronto Star.

2018 Critics’ Pick Awards Nominations: Hallie is honoured to be nominated for the 2018 Outstanding Ensemble Award for her work in both The Howland Company’s Punk Rock and The Wolves with Crow’s Theatre. Read more here.

Check out Hallie as Patti in the Jefferies Brothers’ short KICK ME, winner for “Best Directing” in the 2018 Filmstro & Film Riot One Minute Short Film Competition.

Check out Hallie as the radio host in this video teaser for FREE SPACE, a new black comedy for our times. 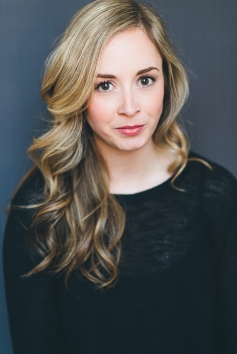 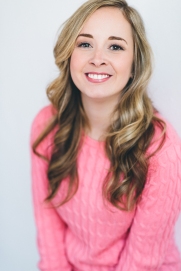 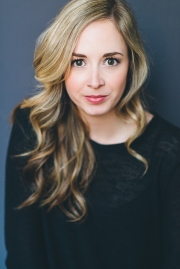 Hallie will be making her debut at the Blyth Festival as the lead Edie in Alice Munro’s How I Met My Husband and twin sisters Dee Dee and Mia in Sophia Fabiilli’s Liars at a Funeral.